Mark Slim was born in Padova – Italy in 1982 and he started to play acoustic guitar at the age of ten.

Since he was in his teens he fell in love with the Blues listening his brother’s records. His really passion is the Delta Blues; he studied Blues guitar with Mattia Sicchieri first and than with Martino Repetto.

In 2003 he flew to the U.S.A. in Austin – Texas where he stayed for a month studying guitar at Austin Guitar School. Here he studied with different teachers: Ted Hall, David Hamburger, Bret Boyer and Tony Redman.

During his permanence in Austin he played in different clubs in the 6th street as Friends and in the suburb of Austin (Gino’s Italian Grill, Dan Mc Klusky’s, Guero’s Taco Bar, Rack Daddy’s and Nutty Brown Cafe).

After this experience in the U.S.A. he came back home and started to play with a really old style Chicago Blues band: the South Side Blues Band (Orlando “Chillen” Silva harp & vocals, Luca Piantoni guitar and Stefan Irsara drums).

In June 2004 he flew to the U.S.A. and played with the bluesman Fred Sender and his Blues band at W.C. Handy Park in Memphis – TN and with Charlie Love & The Silky Smooth Blues Band at Kingston Mines at Chicago – IL.

Come back to Italy, he decided to start with an own band: Mark Slim Trio with Davide Saccà on the drums (replaced in 2008 by Federico Patarnello and than by Marco Manassero) and Luca Dell’Aquila on the bass (than replaced by Massimo “Junior Pitta” Pitardi). A small combo with a solid rhythmic section to play West Coast Blues, Jump Blues and Country Blues with an old sound.

In 2007 he returned in the U.S.A. for a month (Chicago, St. Louis, Memphis, New Orleans, Mississippi and Arkansas states) and he played with the Juke Joint All Stars Blues Band.

At the end of 2008 Martino Repetto has joined the trio as second guitarist.

In December 2008 Mark Slim has received the KAYMAN RECORDS Blues Award as best young Blues guitar player of the year 2008.

In April 2009 Mark Slim and the harp player Fabrizio Soldà have released their first self produced CD: “NORTH – EAST Blues”. Played in the old Delta Blues style, they present original songs and covers in which they talk about true life troubles like: ended marriages, unemployment, mobbing at work, depressed people… True stories which happen every day in a rich land like the north-east of Italy.

In Houston he has played in juke joints like Mr. Gino’s and several clubs: Continental Club, The Big Easy (on the bill as special guest at the Big Walter “The Thunderbird” Price 95th birthday party), Dan Electro’s, The Big Top, and Berryhill Baja Grill. Mark Slim had also the chance to pay his homage to one of the greatest Texas Bluesmen born in Centerville – Texas: Sam “Lightnin’” Hopkins (1912 – 1982); he was invited to the FAST CUT FILMS STUDIO in Houston, where he met Mark Susman (president / producer) and Mike Snow (producer) who were working on a documentary film about the Texas Blues legend: Lightnin’ Hopkins. The film is called “Where Lightnin Strikes”. They took the opportunity to have an European Blues guitarist visiting Houston come down to their studio, interviewing and filming him talking about when he started to play and sing the Blues, how he discovered the Blues and how he knew of Lightnin’ Hopkins and his songs. He played also a couple of Lightnin’ Hopkins’s songs: “Mojo Hand” (which is the first Blues song he learned to play and sing when he was a kid) and “Back Door Friend”. Mark Slim is so honored to be one of the musicians who will appear in the film that features interviews with: B.B. King, Jimmie Vaughan, Tommy Shannon, Gary Clark Jr., Wrecks Bell, Ernie Hawkins, Grego Anderson, Ruthie Foster, Kenny Wayne Shepherd, Rocky Hill… and to pay his tribute to one of his heroes.

In Austin he has played at Jackalope club in the 6th street and at Lamberts with the harp player Greg Izor and his band (Mark Hays on drums and John Bradley on upright bass). In May 2010 Mark Slim Band have released their first self produced CD: “KATRINA”. Mostly West Coast Blues sound with a retro flavour that will bring you back in the ‘50s in the Jump Blues & Swing era. Eight of the fourteen songs are originals like the title track Katrina, Mark Slim shuffle, Tell me, what have I done wrong?, Hard times Blues…

This CD is dedicated to all the people in New Orleans – Louisiana who in August 2005 lost everything with the hurricane Katrina.

He returned to Texas again in August 2010 and 2012 where he played in several clubs in Houston and Austin with John Del Toro Richardson, Greg Izor, Steve Krase; in 2012 he played also at the House of Blues in Houston and at the Navasota Blues Festival with John “Texas Johnny Boy” Moschioni and his Blues band.

Mark Slim and his band have played in several clubs and Blues Festivals all around Italy and in some clubs in Europe. He likes always remember what Willie Dixon said: “… Blues is the roots, other music are the fruits”. 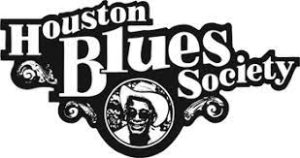 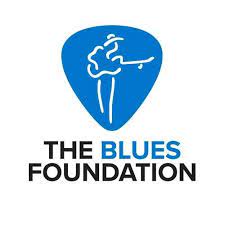