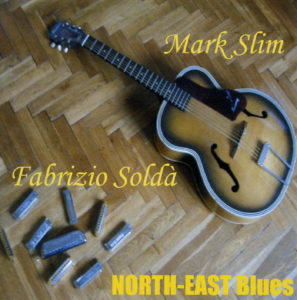 In April 2009 Mark Slim and the harp player Fabrizio Soldà have released their first self produced CD: “NORTH – EAST Blues”. Plaied in the old Delta Blues style, they present original songs and covers in which they talk about true life troubles like: ended marriages, unemployment, mobbing at work, depressed people… true stories which happen every day in a rich land like the North – East of Italy. 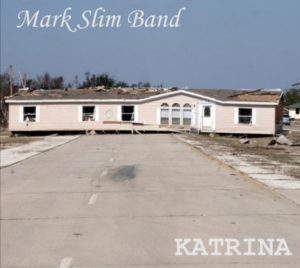 This is my new CD, the second one after “NORTH – EAST Blues”, the first with my full band. Mostly West Coast sound with a retro flavour in memory of my heroes like T-Bone Walker & Pee Wee Crayton. Just a trio with a second guitar without a piano and a horn section, but we tried to maintain at the same the old sound. Fourteen songs, eight originals like: the title track Katrina, Mark Slim shuffle, Tell me, what have I done wrong?, Hard times Blues, Blues for Sabrina…
This CD is dedicated to all the people in New Orleans, Louisiana who in August 2005 lost everything with the hurricane Katrina and to the memory of: Aaron “T-Bone” Walker (this year are 100 years from his birth), Connie Curtis “Pee Wee Crayton” and Goree Carter who inspired me to play guitar.

I hope you like it and to see you at the next gig in your town!!!  Mark Slim

Tell me, what have I done wrong?